A major international exhibition, Humor Has It, opened on April 1, 2021 at the Nam June Paik Art Center in Seoul, Korea in honor of the FLUXUS art (anti-art) movement. The exhibition is also dedicated to several current and future important celebrations – this year’s 60th anniversary of the FLUXUS movement, the 90th birthday of George Maciunas, the 100th of the German FLUXUS artist Joseph Beuys, the 90th anniversary of Nam June Paik and Jonas Mekas’ 100th birthdays.

The exhibition will run until February 2 2022. It features more than two hundred works by the most famed FLUXUS artists from various collections. Of these, 78 are from the FLUXUS collection of the Jonas Mekas Center for Visual Arts – visual works, performance photographs, print graphics, series of objects – all of which reveal the provocative, playful, experimentally based FLUXUS movement initiated by George Maciunas in the 1960s. FLUXUS brought together such world-famous personas as Yoko Ono, Andy Warhol, Nam June Paik, AY-O, George Brecht, Ben Vautier, Joseph Beuys and others. The wise and witty pioneer of this radical movement has stated that the main driving force behind FLUXUS was humor. It can often be sarcastic or even grotesque, but it always encourages one to look at established art standards with a sharply witty eye. Humor is a great strategy for expressing an attitude. Laughing at practical jokes allows for the metaphorical expression of innovative thoughts.

The exhibition pays special tribute to Korean artist Nam June Paik. Breaking the recognized boundaries of art and challenging social taboos, he organized socio-political interventions, countered higher art, experimented with new, unexpected creative tools, and presented revolutionary ideas in a thoughtfully humorous way. His sensational and provocative performances are representative works of FLUXUS. Paik used his body as a medium for art, created sound in a new and novel way, actively communicated with the audience and often utilized koans – Zen riddles. Witty and cheerful counterattacks against institutions, established rules and norms can be lessons for today when faced with socio-cultural challenges. No matter how difficult the situation, humor always helps. And sometimes it can lead to cardinal changes in our lives because it allows us to see ordinary phenomena from a different perspective.

As Gintaras Sodeika, the Director of the Jonas Mekas Visual Arts Center, says, “The influence of FLUXUS on contemporary culture has been enormous. Experimental art has flourished, especially in the areas of music, art, and cinema. A “Do-It-Yourself” (DIY) aesthetic was created that influenced the punk movement and many of its derivatives. It may be said that FLUXUS was the beginning of the entire conceptual recognition and establishment of contemporary art.”

◦ Exhibition title: Humor Has It 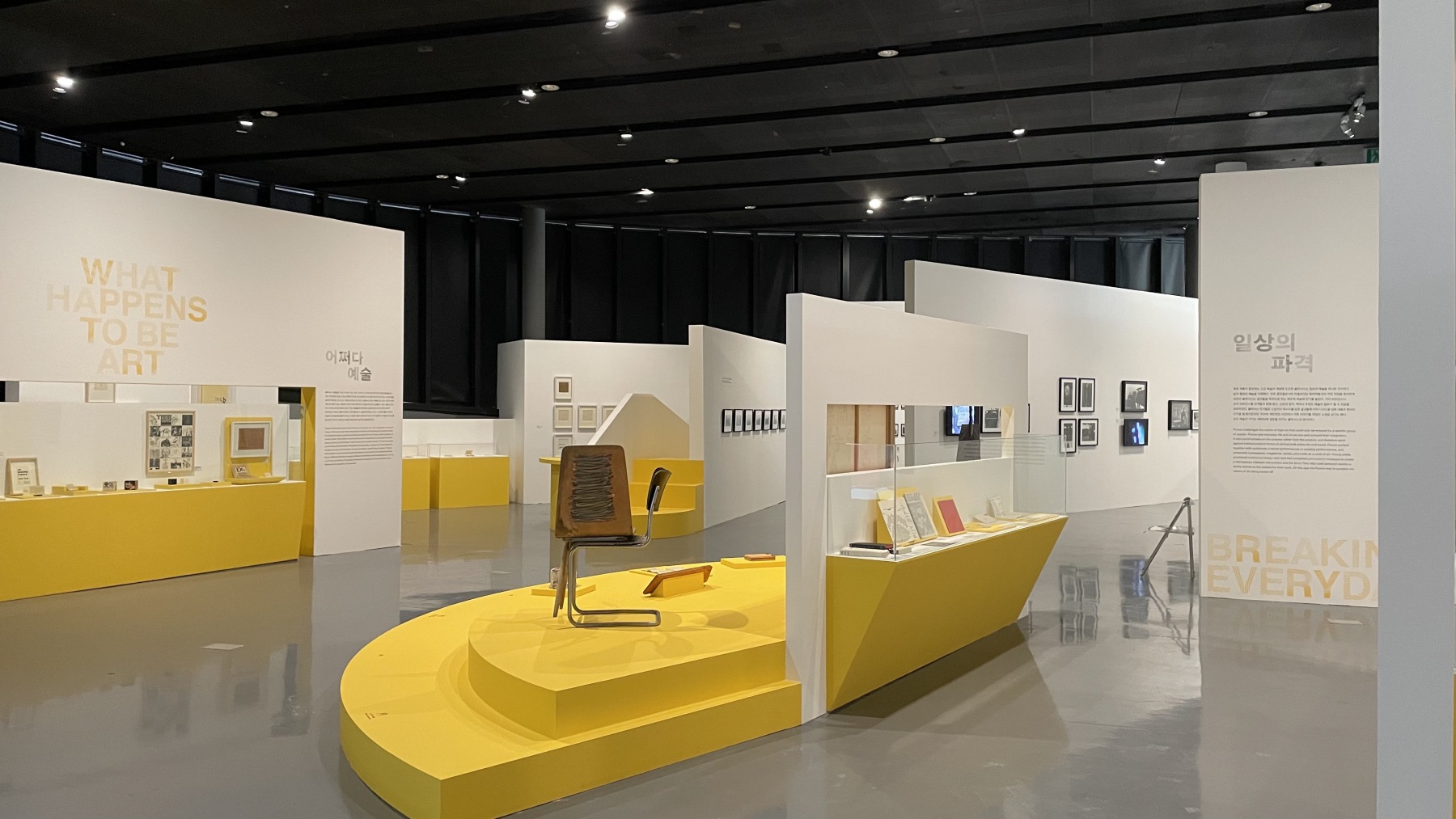